One of the major influences on human behaviour is the country we grow up and live in and the laws we live by. To understand this influence better I would like analyse the governing system of democracy and the influences the political leaders and ministers have on the behaviour of people in my country.

Democracy originated from ancient Greece. If you dissect the word it means; δeμος (demos) the people, κράτος (kratos) power. The city state Athens gets accredited to have been the first democracy in the world.
To an ancient Greek, democracy meant the right of every citizen adult to participate directly in every state decision (women, children, foreigners and slaves were excluded from the process), to share in the debate in person (though not many did) and to vote (many did). They got payment for attendance at the assembly which meant that there was no occasion to miss out because of loss of income. In addition, those who held office were chosen by lot or chance for the most part and at the end of each year experienced a scrutiny of their term of office and were liable to be indicated before the people’s court. Such a system is only possible in relatively small communities and in a climate where it is predictably possible for large numbers to meet regularly in open air. Never the less no ancient Greek would call the system in Europe or US democracy he would term it precisely, an elective oligarchy.[1]

Maybe some of you have never felt that you had much influence on our politics, I know I have felt this way. We vote every four years for a new parliament and for a short time we got presented with the illusion of influence through referenda. Although that illusion has been taken away in July of last year when the parliament rescinded the referendum . Politics in my country have felt very remote from me, like something that happened to other people on another planet.

Only in the small margins can I recognise myself in our political parties and leaders. We do have to acknowledge that the individuals who act in the nations name are shaped by the culture we have created together under the command of a government elected by our citizens. In other words: our political leaders are formed in our society by us and so they represent us. That being said a society is able to govern itself politically only when its citizens possess good moral character. Such character requires a supportive culture and education. I would like to add that because we entrust politicians with the power to make laws and policy to the benefit of us all, they are in the position to teach us about some of the values that are important in our lives : prudence, compromise, honesty, wisdom, respect, and tolerance to name a few. It seems that contemporary politicians lack some, or all of these virtues, which is a bitter pill for me to swallow. Another issue is that politicians represent a particular group and keep the interests of that group uppermost in his mind. Thus, they represent at best, only a segment of the society and not our whole society.

I feel ashamed when I hear what things are being said and proposed by some politicians. With Wilders on the top of my black list (of the Dutch politicians), it makes me wonder if freedom of speech is a good thing, considering that he can invoke intolerance with his hateful rhetoric. It is strange right? That freedom of speech has this loophole; we have to tolerate the intolerant.

I don´t want to close my eyes for the truth though, apparently a lot of people in the Netherlands agree with him. I do have a problem with the fact that through his plans and rhetoric he empowers this intolerance. He is a political leader and even if we don’t respect him or his ideas we are forced to respect the position he holds.

Political leaders lie to get more votes. It´s another one of those sad truths about politics and another reason why it seems to me that democracy is not really functioning the way it should do. As I mentioned before, in ancient Greece someone who held office was liable to be indicated before the people’s court and could be scrutinized. In the Netherlands a failing minister loses his job and maybe gets a small slap on the wrist. I am just speculating here, might it not be better to make a proper evaluation of a ministers time in office. Especially because they hold such prominent positions in our society and because they have an exemplary role, they have the power to teach us about virtues that are essential in our way of distinguishing good and bad behaviour. They can be a guide for and protection from the ignorant by making laws and legislation: for example, by making vaccination mandatory. Many politicians seem to be afraid to make unpopular choices because they don’t want to lose votes. This short term thinking and acting is forming a blockade for us as a society to really make some steps forward in making our world a better place, not only for us but for future generations. Consider the slow steps we are making when it comes to controlling climate change or the sequestered reality of factory farming in which hundreds of millions of mammals and billions of birds live a squalid, brief existence, or the toleration of extreme poverty both inside and outside of the ´developed´ World.[2] Right now the way our politicians behave makes me feel like it is all a big joke. It is the saddest joke of our time since nobody is laughing anymore. 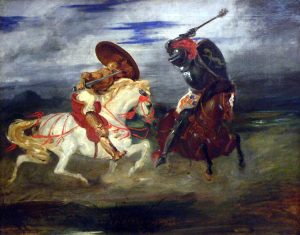 In the last posts I wrote, we went through the mythological stories of Greece. From Prometheus and the creation of mankind to the classical heroes 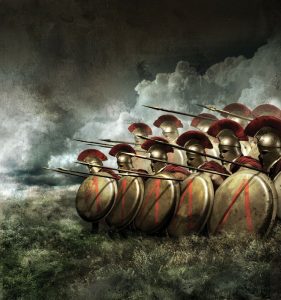 I first read about the Spartans when I was about 15 years old. During this phase of my life, like a lot of other children, 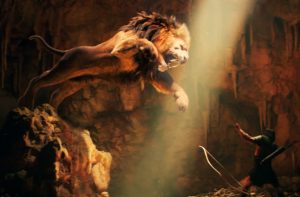 Zeus sits on his throne. He rules the sky and the world. His sister-wife Hera rules him. Duties and domains in the mortal sphere are 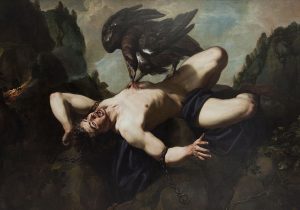 In my last post I wrote about the creation of mankind by our benefactor Prometheus, which lead to his betrayal of Zeus and the subsequent 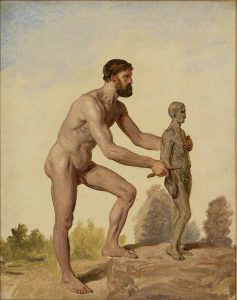 Prometheus, Pandora and the creation of mankind.

Since a young age I have been fascinated by Greek culture, history and mythology. I grew up with the stories of the Greek gods and 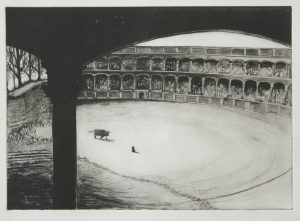